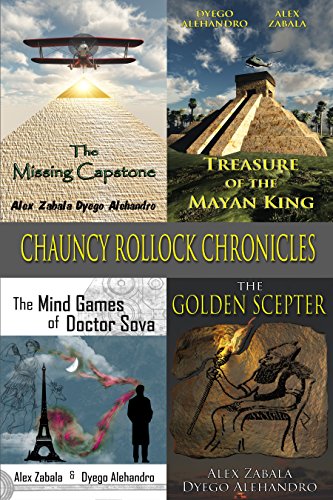 The Catacombs of Paris are underground ossuaries in Paris, France which hold the remains of more than six million people in a network which is located south of the former city gate Barriare d’ Enfer (Gate of Hell) beneath Rue de la Tombe-Issoire.

The underground cemetery became a tourist attraction on a small scale from the early 19th century, and has been open to the public on a regular basis since 1874 with surface access from a building in the extreme southern part of the city of Paris.

What will they find down in the dark tunnels?

Purchase The Mind Games of Dr. Sova and find out or get all four stories in one book with Chauncy Rollock Chronicles.

Are you smart enough to play?